Last night at about 9:30pm some of my closest friends (who are family) and I walked out of Taco Surf in Seal Beach. We had a fun night dancing while they enjoyed a cold one and I enjoyed a cold water. We were soaking in the cool night air as we talked about the band and the freedom our souls felt after dancing.

As we waited for our Uber driver, we noticed to our left down PCH there were police lights on both sides of the highway. We figured they were for a sobriety checkpoint. We learned later that a car had hit the center divider.

A few moments later we heard sirens and two motorcycle riders zoomed past us towards the police lights going about 100 mph… no joke. About five police cars were chasing them. Then we noticed a police helicopter also chasing them. We prayed for safety of those on the highway up ahead.

Within five minutes we heard more sirens coming from Sunset Beach towards us. Our hearts were already pumping, it began to intensify. A few of the cops stopped in the center lane about 100 feet from us. We began to panic. Taco Surf is right on the highway, there is no large parking lot, you’re literally right there as cars are passing by.

One police car made a U-turn and stopped at the intersection on the other side of us. The police helicopter returned and was shining its light around us. We froze for a moment not sure what to do, should we run back inside?

Immediately our thoughts went to where we guessed they were headed down PCH, busy Huntington Beach and the pier area. We again prayed that everyone would be safe.

I rarely, I mean rarely watch the news. An empathic person, hard to have that much negativity and darkness all the time. I had already heard about the tragedy in Texas and was sending prayers and healing to all affected.

I wanted to find out if the chase ended safely, and so began looking it up on the internet. There wasn’t much to be found, other than one of the motorcycle riders led the chase to Los Angeles being irresponsible on his cell phone while on the freeway. No information on why they were chasing him or what happened to the other motorcycle rider. Even this morning… the only update is that the one rider eluded police.

Then I see that there was another mass shooting in Ohio last night. Such sadness. For what purpose?

My heart is breaking. It’s sad to think people are just out enjoying their lives, shopping, having dinner, dancing never knowing. The fear that some may go into of being afraid to continue living because of what may happen.

I choose not to live in fear, but to live in hope for a better future and love for all. So, I’m sending love to all of you today and hoping that it will spread from soul to soul, state to state, country to country and to the world. 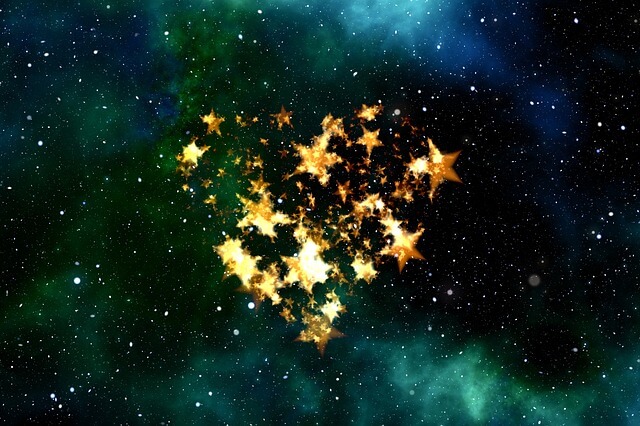 Spoiler Alert!! Please don’t read this if you have not yet seen the movie and are wanting to and don’t know what happens from any of the previous versions as well.

I loved this movie. I really, really did. I was drawn to this movie from the moment I saw the movie poster. I was in awe of the pairing and the rawness that it depicted to me.

When the song, “Shallows” began to play on the radio, it started to draw me even further into the story even before I sat down to watch it.

You can call me a romantic. But don’t call me a hopeless romantic. I do believe that falling deeply in love and staying that way, through the difficult times as well, is very possible. I don’t feel that classifies me as hopeless.

On the back of the movie sleeve it says, “In this new take on the…”

I’ve never seen any of the other versions of this movie, they were before my time and I haven’t been drawn to them. So, I didn’t really know what had happened in the previous versions or what to expect.

I was saddened when Jack pulled down that garage door. I held onto hope that he was still okay, until I saw the emergency lights reflecting off the house.

Most of the time when I watch a movie like this with this type of ending, I have the same reaction. Sadness. Moulin Rouge, one of my favorite movies, I feel exactly the same.

Love is powerful. Love is strong. Love can be and should be unconditional. Always. This movie depicted that.

It also began to depict the possibility of overcoming something that was meant to tear the character(s) down. Meant to destroy them.

I always question the writer here. Question what it is their motivating factor is in relaying a message of no hope, no way of conquering something that has kept them down their entire life.

I realize that this is sometimes a part of the world’s reality. That souls are living with these struggles every single day. I empathize with that. Depression, addictions to alcohol and drugs. It has touched me deeply in my own life and those closest to me. I don’t diminish what that struggle is or how it can affect those going through it or those within their life.

But what about signifying hope? What about showing the empowerment of learning about overcoming fear, overcoming struggles in diseases of alcoholism, drug dependency, etc. What about embellishing and learning of self-love?

I question the writers because to me, the message that I want to send out to those struggling, and to the world is of that Hope. That there are these choices, choices in every moment of our lives to make a different choice than we did before. To be able to stand up for ourselves and say, “I want to make a change!”

To find a bit of ray of light, of sunshine, to shine on the darkness that we are feeling. Helping us to find our way out and into a different way of being.

Call me a transformationalist.

In a few of the songs from the movie, the characters are asking for that very change, especially in “Shallow” and “Maybe It’s Time”.

How different would it have been if after Jack had the interaction with Ally’s manager, Rez Gavron, that he continued to love himself to not take the words that were being said to him to heart? That his own will power to succeed in healing and putting alcoholism and drug addiction behind him was stronger than the biting words. To instead realize that the love between himself and his wife was stronger than the weak words of a man scared to lose his client?

To realize that while he would have to work at staying sober and clean, that it was worth it.

That his own life was worth something. It was worth a lot.

I think a lot about the messages that we are sending out to the young souls finding their way through this journey. And what message are we sending to those that are also experiencing their inner demons with depression, alcoholism, and drug addiction?

There are already so many sad stories, sad endings, in reality, video game playing, war movies, etc. Why does a movie about finally making it and/or romance movie experience have to be the same?

To me, that ending sends a very clear message. There is no other way. There is no way out. Only one way, and it ain’t pretty.

In talking this over with one of my friends, she said, “Maybe some would have been upset that the ending had changed.” Maybe that is so, but how many are sad that he died? How many are left without hope that there is possibility of change? “That was the original ending of the story.” So many other parts of that movie had been changed. Or change the title of the movie ~ let it be something else. I believe it still would have been a very successful movie.

How beautiful it would be to send a message of changing ones life, of empowerment and success.

A new message in new times.