There’s Truly a Lesson in Every Experience…Truly 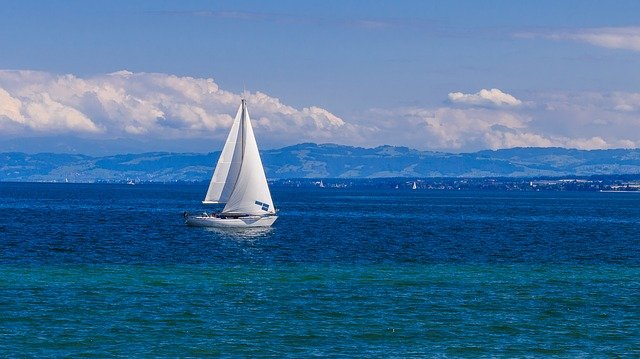 My inner voice: “Prepare yourself.”
Me: “For what?”
My inner voice: “We tried to warn you…”
Me: “Huh well…I don’t know what you’re talking about and I don’t have time to figure it out right now. Cause helloooo…remember? I….have a date! You know, with an actual man…and I’m a bit excited about this one. So I’m gonna get up and start getting ready. I’ll get back to your warnings later.”
For the past week I had been emailing and texting a retired Army/Navy guy who was spending his time getting his masters in college. Seemed to have his life together, kinda simple and after looking at his picture one of my besties described as a “HOT! Tom Cruise in Top Gun”…and I wasn’t gonna disagree with her. He was good looking!
On the drive down to Oceanside, I continued to ignore signs from my guides: freeway signs that said, “CAUTION” and “DANGER” and then a freeway ad that said, “DANG!” Telling myself they couldn’t possibly be talking about my date. Then it happens…again. That instantaneous moment that you actually meet him and you know he isn’t the one…but you decide to give it a little time to see what kind of person he is.
So walking around the marina he was talking about his older son while texting him ~ I know another sign, and how he’s thinking about disowning him because he’s not being responsible with his life. And I said to myself, “Why are you STILL walking with him? He’s not the one for you!” But for some reason I continued. Later we were sitting on his boat, I know…I know, not my brightest moment, but this actually was the best part of the date and it turned out, there was a reason I was sitting on that boat. The weather was perfect, no wind and the sun felt soo good. GIOceanside (don’t worry I tweeked his online name a bit) continued on about how because his son didn’t have his last name he felt like his blood line was going to end and he really didn’t want that to happen, because in Poland where his descendants are from he’s like considered royalty. They, Poland that is, is begging him to come back. And he just might consider it, but they smoke way too much there, being treated like royalty would be nice, but he’s not too sure that it would be worth it.
Me (in my head of course!): “Oy vie…”
Okay…on to the moral of this little diddy. He went on to say that he had not been supportive of his son when he was growing up because he was busy doing other things with his life. But now he’s changed his mind. He doesn’t want his name to end. So he was thinking about dangling his life insurance, pension beneficiary and a new phone in front of his son in hopes that he would change his last name to his and then he would rightfully have a son. In those exact words.
I could feel my temperature begin to rise…and it wasn’t from the warm sun.
“I’m not the girl you want to be talking to about this. You do have a son, having the same last name doesn’t change anything. The blood that runs through his veins makes him your son. My dad, who transitioned in 2008, was also in the Army and like you did not add me to his medical/dental or even help my Mom with any type of child support…at all. He, like you knew about your son, knew all about me. I was born in West Germany on an Army base with him there. When my parent’s marriage did not work out, my Mom and I came back to the states. I saw him once in the next 13 years, other than that there was no contact. No phone calls, no letters, no cards. Nothing. When he finally returned, when I was 13, there were dinners here and there, but no real effort to be a father, a dad. When I got married and made the decision to have my uncle walk me down the aisle because he was more a father figure than my own father, my father chose not to come to my wedding.”
Even though I was not “awake” at the time of my wedding I knew that this was my dad’s decision and I didn’t feel guilty about it. Sitting on that boat, at that moment it finally sank in that I had always felt that being a dad is about the quality time spent with your children, helping, guiding, supporting and loving them unconditionally. Until that moment though my head had put the fact that my father had not helped out my Mom financially outweighed the fact that he wasn’t there for me. I realized in that moment that even if he had paid child support or added me to his medical/dental, the outcome would have still been the same. He hadn’t been there for me.
Up until this point, I had thought I had worked through and healed everything about my dad. But sitting on this boat on the glorious ocean I knew that I had a lot more healing to do. I needed to accept my dad for who he was and acknowledge to myself that he loved me as much as he could while on the physical plane.
Finally getting the lesson, I walked away from GIOceanside, much to his dismay. You have no idea…really. The rest of the story is for another day…another blog. This blog is about finding the lesson in an unbelievable experience. And that’s why I made that trip that day.

I can now feel that my Dad is sorry that he hadn’t learned his lesson while here. So I am embracing that. I have spent the past few weeks forgiving him and loving him for who he is as a spirit. That doesn’t mean forgiving his actions, it just means understanding he is a spirit who was having a human experience. My inner child and I have done some work and are learning that in the end we are a little bit stronger than we ever imagined because of the experiences that we had and that we are a survivor. And as every day before…we are one step closer to finding our true self.

Image thanks to Tommy_Rau on Pixabay